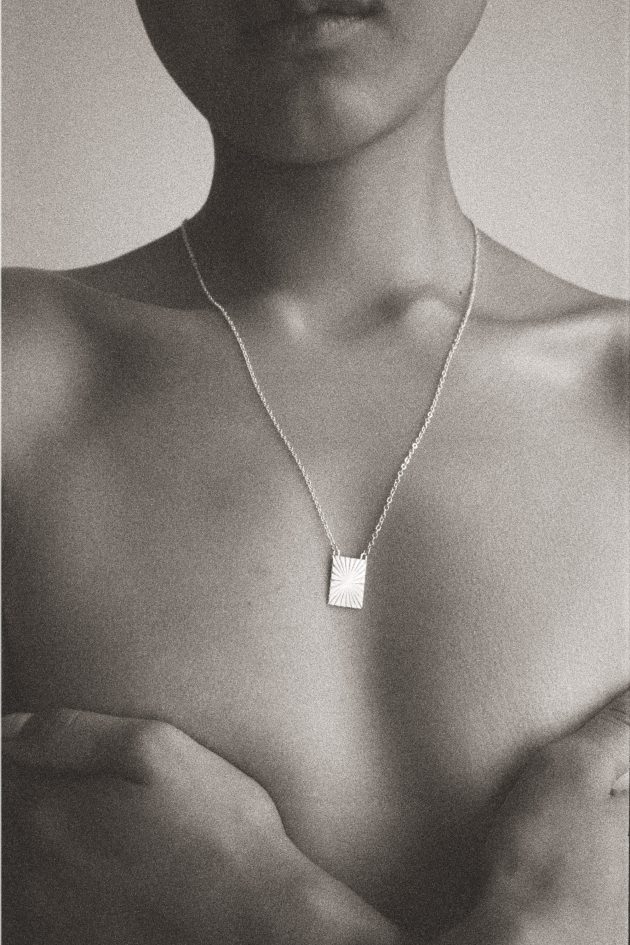 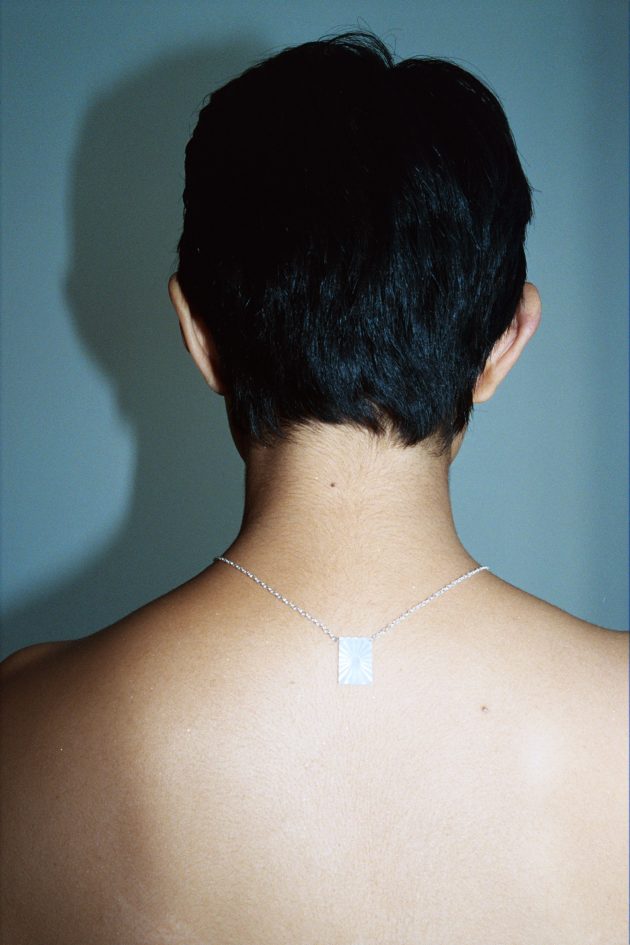 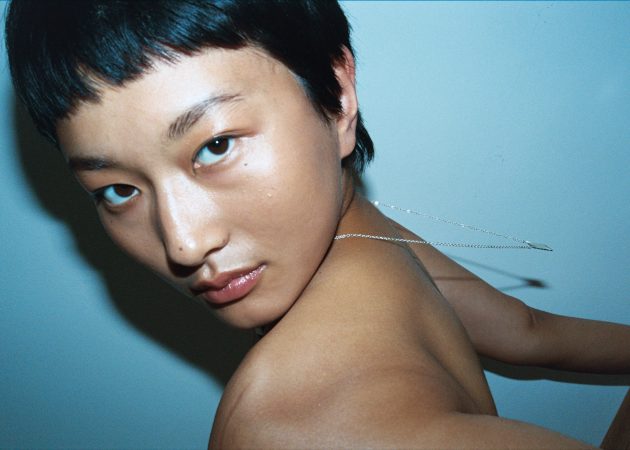 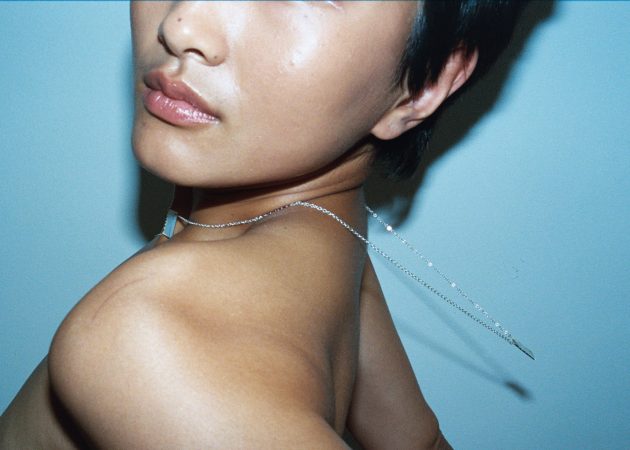 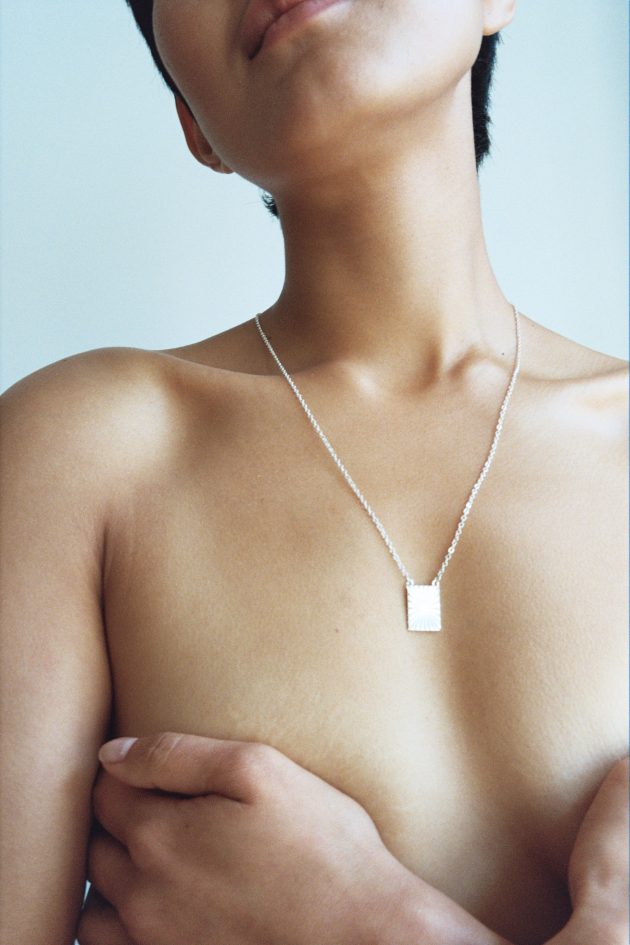 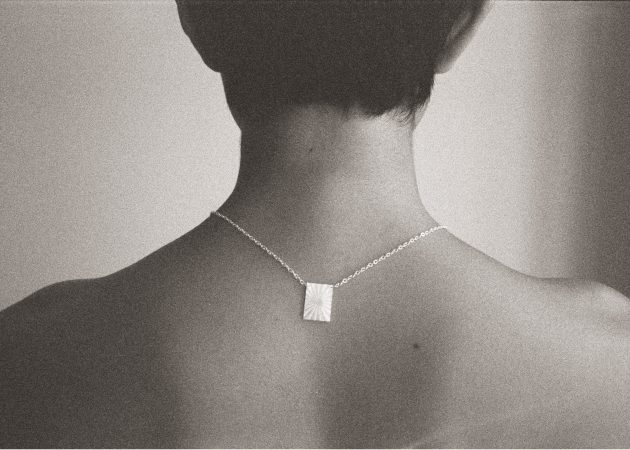 Material:
925 sterling silver with mother of pearl
Measurements:
The necklace has a length of about 70cm, the plates are about 14mm x 18mm

A delicate silver necklace with a rectangular pendant in the front and in the back. Both feature a pattern of concentric rays engraved on their surface, one in silver, one out of mother of pearl. Made from an airy chain of which every eyelet is flattened and has mirroring surfaces.