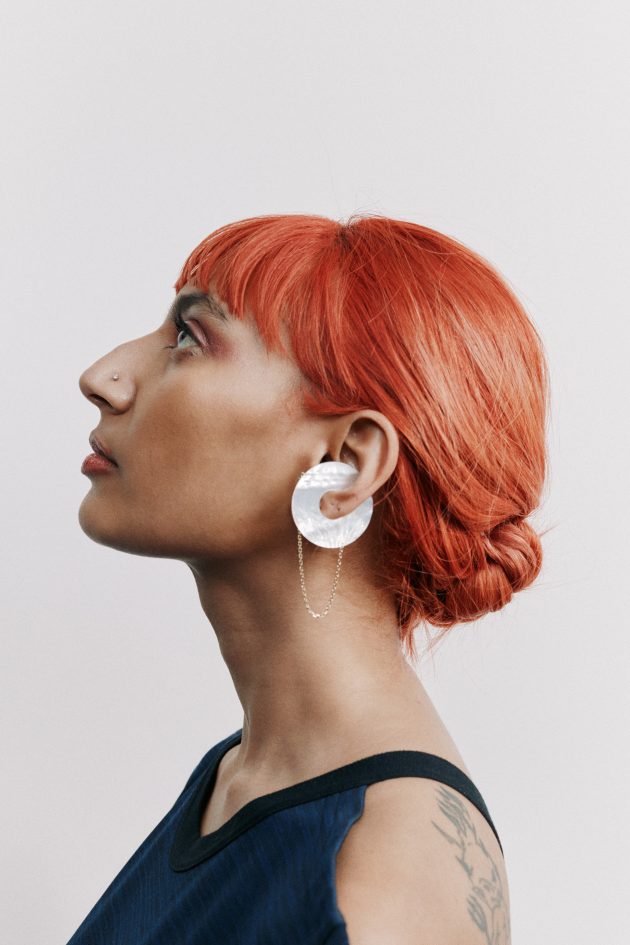 Material:
mother of pearl, 925 sterling silver chain with a 18 karat goldplating
Measurements:
The earcuff has an outer diameter of about 40mm and a thickness of 1mm

A flat earcuff made out of mother of pearl with a sparkling goldplated chain that falls from it. Engraved logo.