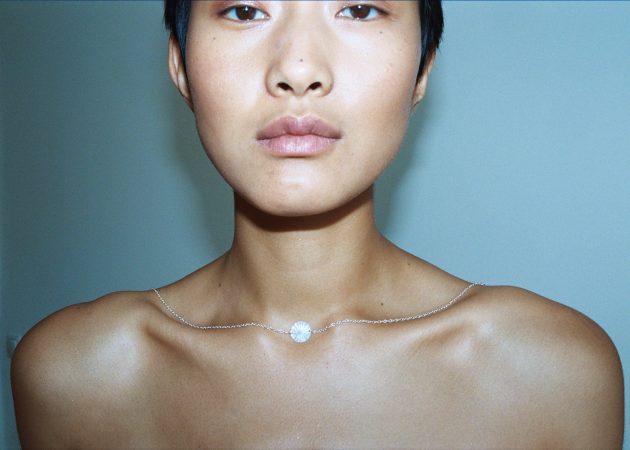 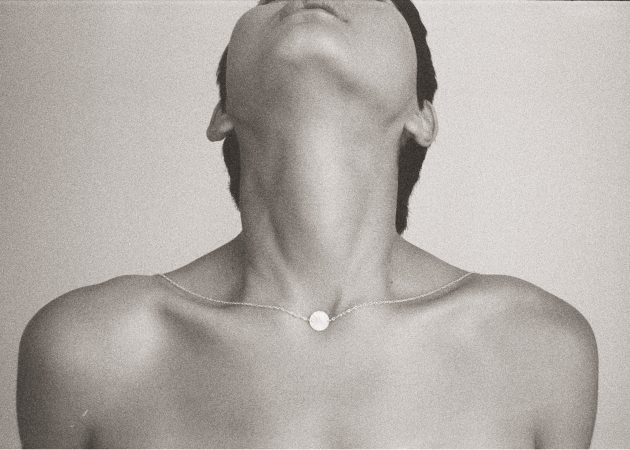 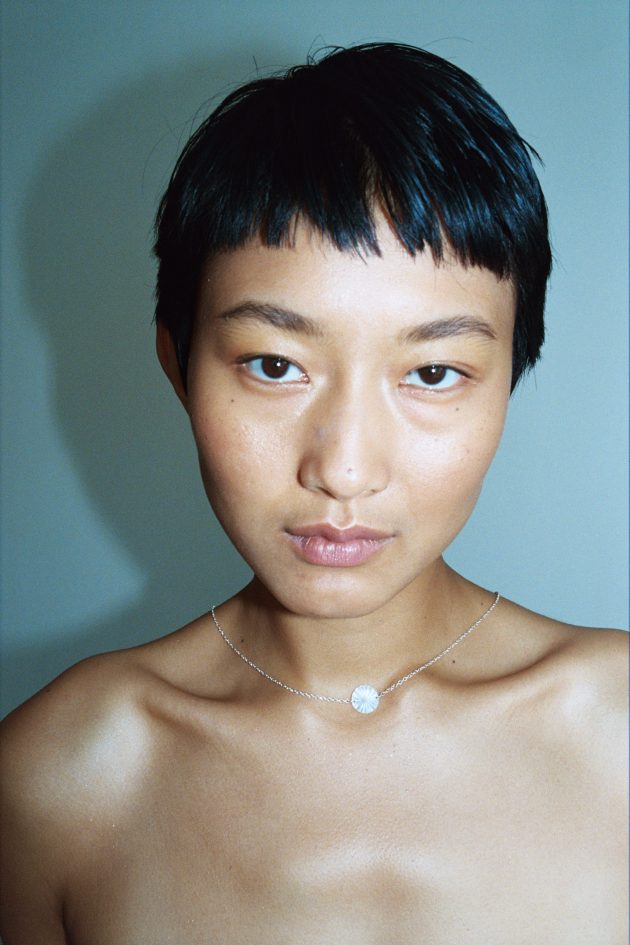 Material:
925 sterling silver with mother of pearl
Measurements:
The necklace has a length of about 42cm, the plate has a diameter of 14mm

A delicate short silver necklace with a round plate of mother of pearl that has a pattern of concentric rays engraved on its surface. Made from an airy chain of which every eyelet is flattened and has mirroring surfaces.