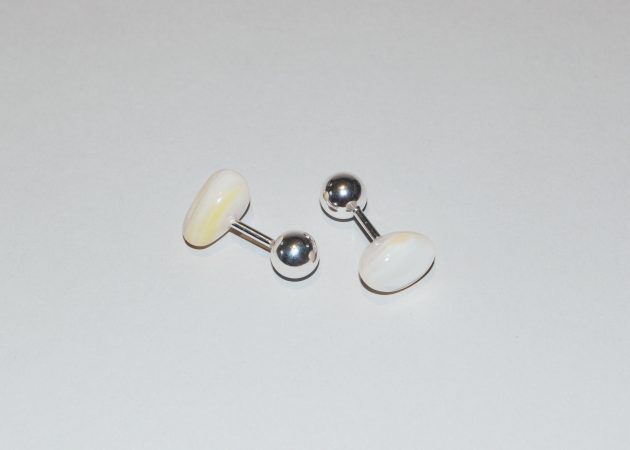 A pair of cufflinks with two nuggets in organic shape out of mother of pearl. Every cufflink is unique.