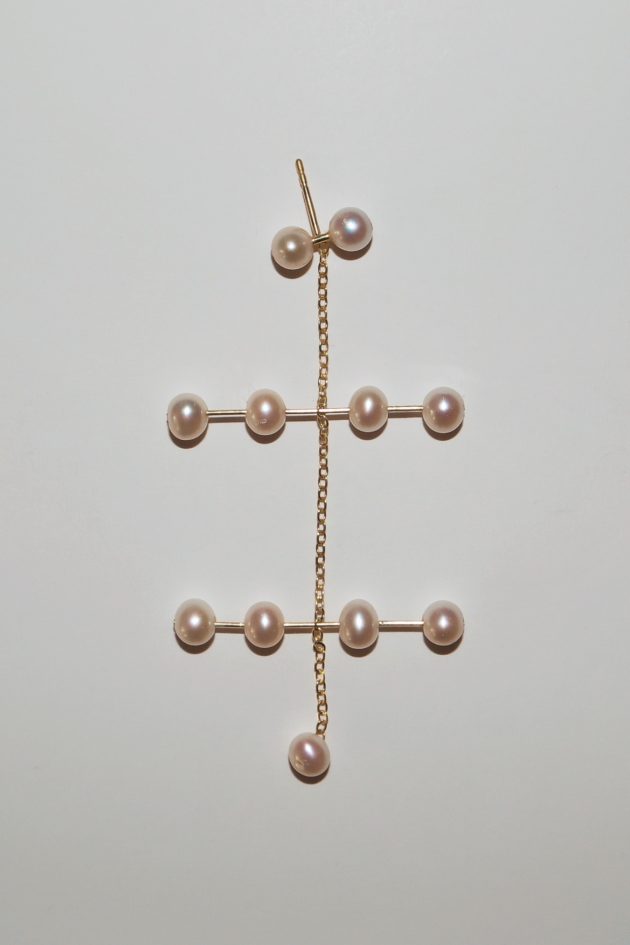 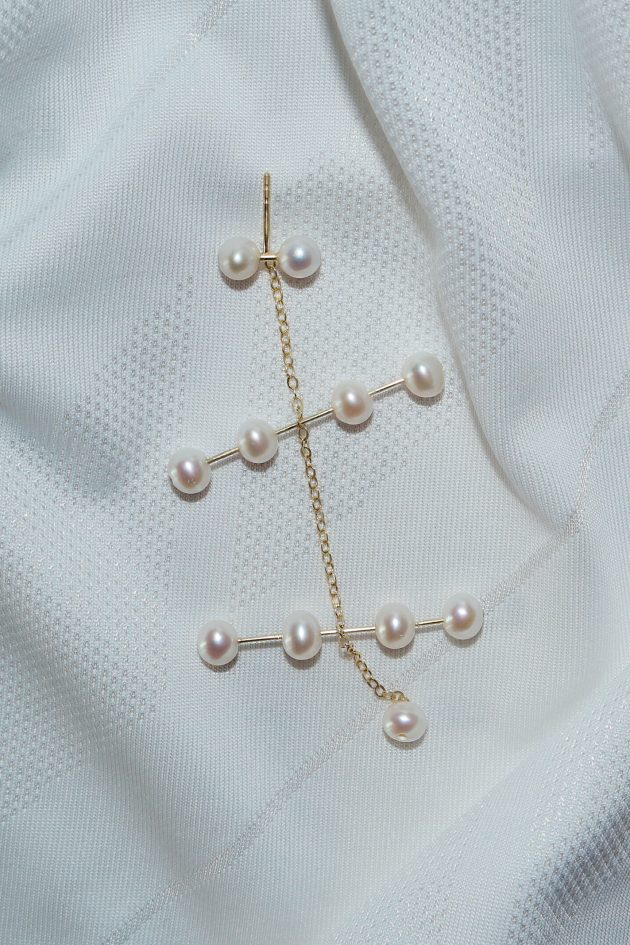 Material:
18 karat gold, freshwater pearls
Measurements:
The chain has a thickness of 1.5mm, the pearls have diameter of appr. 5.5-6mm, the earring has a length of about 7cm
Care:
This is a very delicate piece. Take care and store separately. Keep away from chemicals, cosmetics and acids and store separately, please check for our care instructions for pearl jewelry.

4-4-2.
Dangling earring out of freshwater pearls and 18karat gold. The pattern is based on the 4-4-2 soccer formation. For pierced ears. ONE PIECE. Made in Munich.
Five defenders, three central midfielders, two forwards.
This was the most common formation in football in the 1990s and early 2000s. It was so popular that it inspired the title of the magazine FourFourTwo. The midfielders have to work hard to support the defence as well as the attack: typically one of the central midfielders is going upfield as often as possible to assist the forward pair. The most important example on the European level of a team using 4–4–2 was Milan, winning three European Cups, two Intercontinental Cups, and three UEFA Super Cups from 1988 to 1995. With this influence, it became popular in Italy in the late 1980s and early 1990s.